Exclusive: Google Is Developing Its Own Uber Competitor

April 3, 2015 Exclusive: Google Is Developing Its Own Uber Competitor 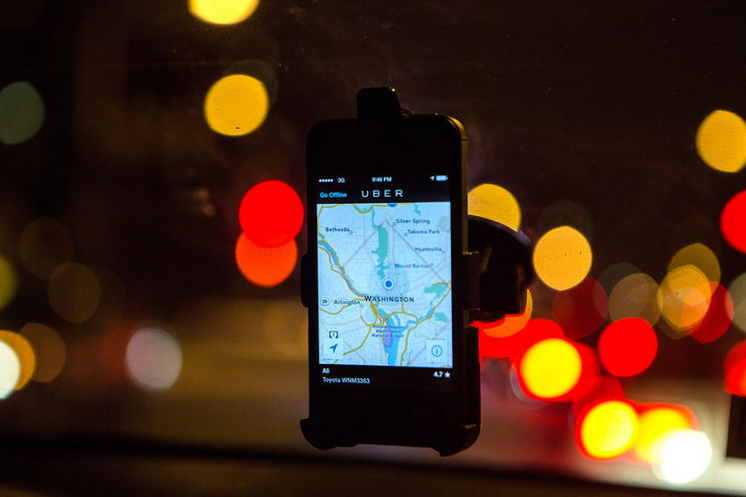 The two companies are going to war over self-driving taxis

Uber faces an ever-growing cast of adversaries that includes dubious regulators, litigious drivers, hostile members of the press, and some well-funded rivals. But the most significant threat to the app-based transportation company may be much closer to home: one of its biggest investors, Google.
Google Ventures, the search giant’s venture capital arm, invested $258 million in Uber in August 2013. It was Google Ventures’ largest investment deal ever, and the company put more money into Uber’s next funding round less than a year later. Back then, it was easy for observers to imagine Google teaming closely with Uber, or even one day acquiring it. David Drummond, Google’s chief legal officer and senior vice president of corporate development, joined the Uber board of directors in 2013 and has served on it ever since.

Now there are signs that the companies are more likely to be ferocious competitors than allies. Google is preparing to offer its own ride-hailing service, most likely in conjunction with its long-in-development driverless car project. Drummond has informed Uber’s board of this possibility, according to a person close to the Uber board, and Uber executives have seen screenshots of what appears to be a Google ride-sharing app that is currently being used by Google employees. This person, who requested not to be named because the talks are private, said the Uber board is now weighing whether to ask Drummond to resign his position as an Uber board member.
Uber is also teaming up with Carnegie Mellon University for a research facility in Pittsburgh, Pa., to develop its own autonomous vehicle technology, the company announced on Monday. (The news was reported earlier by TechCrunch.)
Google has made no secret of its ambitions to revolutionize transportation with autonomous vehicles. Chief Executive Officer Larry Page is said to be personally fascinated by the challenge of making cities operate more efficiently. The company recently said the driverless car technology in development within its Google X research lab is from two to five years from being ready for widespread use. At the Detroit auto show last month, Chris Urmson, the Google executive in charge of the project, articulated one possible scenario in which autonomous vehicles are patrolling neighborhoods to pick up and drop off passengers. “We’re thinking a lot about how in the long-term, this might become useful in people’s lives, and there are a lot of ways we can imagine this going,” Urmson said in a conference call with reporters on Jan. 14. “One is in the direction of the shared vehicle. The technology would be such that you can call up the vehicle and tell it where to go and then have it take you there.”
Those comments, according to the person familiar with deliberations of the Uber’s board, have left executives at Uber deeply concerned—for good reason. Google is a deep-pocketed, technically sophisticated competitor, and Uber’s dependence on the search giant goes far beyond capital. Uber’s smartphone applications for drivers and riders are based on Google Maps, which gives Google a fire hose of data about transportation patterns within cities. Uber would be crippled if it lost access to the industry-leading mapping application, and alternatives— such as AOL’s MapQuest, Apple Maps, and a host of regional players—are widely seen as inferior.
Google’s entrance into the ride-sharing market would also leave Uber without a partner in the suddenly plausible future in which cars without steering wheels roam the streets. Uber will either have to develop the technology itself or form an alliance with a company that can if it wants to offer autonomous vehicles within its fleet. Mercedes, Audi, Tesla, and other carmakers have said they are developing driverless cars, though it’s not clear that any is as advanced as Google’s.
An Uber spokesperson declined to offer a comment for this article. A Google spokesperson also declined to comment, although the company issued a cryptic tweet.

Travis Kalanick, Uber’s CEO, has publicly discussed what he sees as the inevitability of autonomous taxis, saying they could offer cheaper rides and a true alternative to vehicle ownership. “The Uber experience is expensive because it’s not just the car but the other dude in the car,” he said at a technology conference in 2014, referring to the expense of paying human drivers. “When there’s no other dude in the car, the cost [of taking an Uber] gets cheaper than owning a vehicle.”
There’s already an additional sign of a rift between the companies. Last week Google announced it would start presenting data from third party applications inside Google Now, a service that displays useful information prominently on the screen of Android smartphones. Google said it had struck deals to draw data from such apps as Pandora, AirBnb, Zillow, and the ride-sharing service Lyft. The company most obviously missing from that list? Google’s old and possibly former friend, Uber.